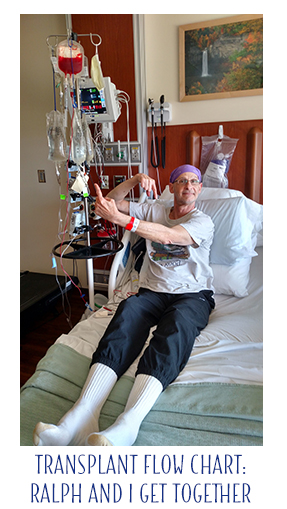 For someone who’s literally become a part of me, I know surprisingly little about Ralph. I don’t know when or where he was born, nor do I know his given name or anything about his family circumstances.

What I do know is that sometime in the last few years, somewhere in the world, a special baby boy came into the world. His parents made a felicitous decision to donate his umbilical cord to a blood bank. The cord was genetically typed, catalogued, and frozen for use in a future transplant.

In 2016, I was one such patient. Diagnosed with acute myeloid leukemia, I needed a donor for a stem cell transplant to save my life. After considering relatives and unrelated adult donors, the decision was made to use a cord blood donor that was a good genetic match for me.

As my transplant day drew near, I playfully named my donor and his stem cells “Ralph.” To prepare for Ralph, my body was blasted with lethal doses of chemotherapy and radiation to kill off my old immune system, much of my bone marrow, and any lingering disease that remained. 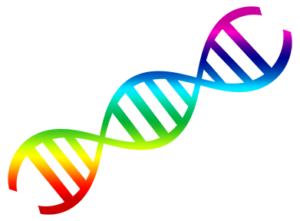 Meanwhile, Ralph’s umbilical cord was shipped to my hospital and thawed out so that the cord blood and its life-saving stem cells could be extracted and collected in something approximating a quart-size Ziploc bag. Ralph and I first met on October 20, 2016, when he was transfused into my blood stream.

We got along right from the start. Within three weeks, a bone marrow biopsy revealed that Ralph was 99% engrafted, meaning he had made a home for himself in my body and was proceeding to build me a new, disease-free immune system. As I recovered, my DNA and blood type gradually changed over from my original genetic material to Ralph’s.

One risk of this procedure is “graft vs. host disease” whereby the donor stem cells attack the recipient’s body as foreign to them. It happens in about 60-70% of transplants, but it never happened to me as Ralph held his fire and seamlessly became a part of me.

So, I’m now 70 years old, Ralph is approaching 6 years old, and we have become one. At the cellular level, however, I have become Ralph and he has saved my life.